We hired Jorge for 2 trips: La Habana-Trinidad and Trinidad-Varadero. Jorge is a very good and experienced driver and we were very happy with his driving skills, always felt completely safe. Very honest and reliable as in both trips he was ready to pick us up 30
Minutes …

André and AnastasiaPortugal and Greece

Clement was fantastic. He was waiting for us at the Havana airport, holding a sign with my name on it. We took off for Trinidad on a very comfortable 4.5 hour ride. He was happy to stop when we needed and even took us for a spin through his hometown of Cienfuegos, showing …

Juan is fantastic! We hired him to visit Viñales and Pinar del Rio for an overnight trip. We had a focus on tobacco. Juan was a great communicator and super-prompt. He knows the areas like the back of his hand and, even though I had done a ton of research, he introduced us t…

Sandor was an amazing driver during our 2-week trip in early 2019. We went on a round trip spanning Havanna, Vinales, Trinidad and back to Havanna. Sandor was very friendly, accommodating to all of our wishes, patient, reliable and always on time. We loved how flexible he w…

We chose Raidel to show myself, my husband, my 88 year old aunt, and grandson around Havana. He was accompanied by Ana. My Aunt’s father (my grandfather) was born in Cuba in 1903. We wanted to see the town he was born in, San Antonio de los Banos. They took us there and aro…

The experience was amazing! Sandor is a professional driver, he also is a good guide and he is very punctual with his appointments. Definitely a driver I will recommend.

Elmer is a friend we made for life. He is truly an amaZing person with a beautiful soul. He was very open minded during our trip and ALWAYS did everything in his way to make us happy during the week we spent together. He always put us first and brought us to the coolest plac…

Lewys is the best! What an awesome car and great driver. Plus 100% on time. We can’t wait to come back and do some larger trips. Thank you for a perfect service!

Great driver, great travel! Roberto is a good driver, he gave us a lot of advices about where to sleep, what to do, what to visit, it was a greatexperience! 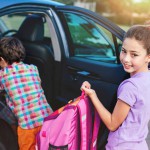 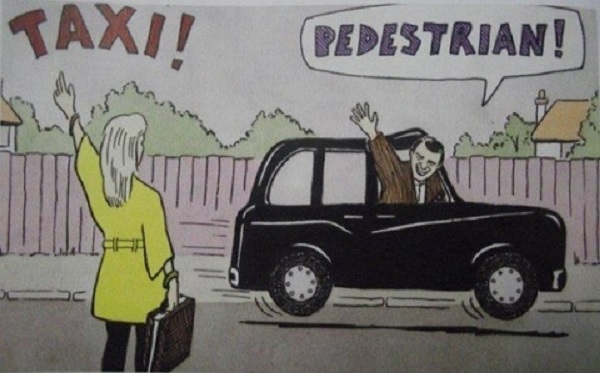 This is the first post of this blog and I thought I would write about the bussiness I’m creating: YoTeLlevo. But instead I’m going to start with something different but that’s related to it: taxi drivers.

Everyone agrees that taxi drivers are like trolls nobody wants to approach, monsters that think they are the owners of the road and that their car is a place where you have to play his rules. You use taxis because you have to, not because you like it.

But what if your job was to work with taxi drivers everyday? I’ll tell you: it’s aaaamazing!!!

But before I start an ode to taxi drivers, let me first tell you how it is that I ended up working with a crew of them.

Could this possibly work?

A year ago and during a conversation with some friends I had this idea: why not have people create sort of a travel request or alert in a website, and get some independent taxi drivers notified via email about that travel. It would allow the traveler and the driver to contact each other directly so they could arrange the details: pick up place, date and price, basically.

At first I was thinking we would provide a service for every need and for everyone: need a car with driver for anything? Find one here.

But living in a Caribbean island which economy mostly depends on tourism, it didn’t take long before I realized I should target that market instead of the local, so I set up to do just that.

It didn’t look like a bad idea. After all, this kind of bussiness wasn’t new. Many taxi drivers are waiting in lines in a lot of places around the cities waiting to be hired. It would be great for drivers because they would have a new channel for getting customers, and good for travelers because they would be able to plan everything in advance, and hopefully engage with their driver before they arrived in the island. The idea promised to remove the rush and hassle of hiring a taxi driver.

It in fact looked like a brilliant idea and something one could do easily. It was just a matter of building the web app, finding some drivers and registering them in a database.

Now let’s just skip the part where I have a tough journey to building the bussiness and discovering and learning all the values it should offer, and assume I did create it, put it online and put it to work -I got crucial help from a couple of friends, a cousin and my brother.

We are talking about drivers here.

So I had to find drivers interested in using what I was building, and that’s the first thing I did.

I asked my brother (who’s now in bussiness with me) to help me find some drivers for our agency, and we both started with the task.

We needed drivers that had an email account which they could check regularly, which is not a very common feature in Cuba, specially for non-proffesionals (you know, professionals like journalists and some computer science workers like me). So we decided we’d start tracking them down in classified ads websites -a hot channel right now in Cuba- or by recommendations. Those promoting themselves in the Internet had more chance to have an email account, and the recommendations should come with the has-an-email-account tag.

The hunting began. We sent a bunch of emails to those we found, asking them to join us and help us move some visitors in need for a taxi ride. We also deployed ourselves to the streets, where taxi drivers do their day to day job, and asked some of them.

What we were seeking was drivers that were willing to use our system as it came, and that were good communicating with people -this is the weird part given the label of trolls put on taxi drivers. (yeah, experience, responsibility and a nice car was important too).

On the streets we weren’t very lucky since most of them didn’t have an email account, or they were used to be hired at the moment of the ride, or didn’t have time to arrange the details by email.

Ugh, this is difficult… but it’s better that way

No luck at the beginning, but eventually the email responses began to arrive. Just a few out of many drivers we emailed were interested so as to respond. Many of them simply didn’t take the chance.

You see, driving a taxi is not something new to them, obviously. Neither is finding customers; even if seldom, they manage to find travelers interested in hiring them. Many have very sophisticated methods, like Facebook pages, personal websites or affiliation with other agencies. Some of them have joined together in independent associations. Most of them make good money. Waiting in a line in the streets or outside the airports works for them. Why use one more channel?

What we understood later was that breaking through a well established bussiness was not easy. But also found out that those willing to try our offer were in fact very open minded, good communicators! and really insteresting people who happened to be in the bussiness. There was room for our idea.

We started to find spectacular people: retired pilots, fishermen, accountants. Each brought diversity to place. Each one of them was in the bussiness of transporting turists everywhere in the island, all using their own cars.

They had the experience and knew most of the touristic attractions. They had given rides to tourists many times and understood their needs. They understood the value of engaging with visitors before being hired, and got the idea of what we really wanted: make it easier and safer for the travelers to hire a taxi driver so they could be happy.

Having such people in our crew was a win. We would be able to offer the travelers a catalogue with the best drivers available. After all, the person you travel with is important and can make the difference, so you better have the best driver for your needs.

If I had to choose a motto for what we offer it would be this: Your taxi driver makes the difference. Suit yourself with the best one.

No matter how they are like, people prefer different kinds of personalities. And that’s what we are prepared to offer now at YoTeLlevo (okay, at this point you might be wondering what’s the meaning of that name).

Our drivers are awesome

So why do I say that working with these taxi drivers is awesome? Because not only they are a pleasure for their customers, but they also share our vision and are helping us fulfill it everyday.

It’s incredible how fast one discovers that the prestige taxi drivers have is far beyond undeserved. They are in fact awesome people.

Our drivers have been very helpful with all of our requests and questions: give us ideas to atract customers, what are your most demanded services, what places travelers prefer to go more often, should transfer from and to the airport be one of our main offers.

Even on more demanding issues they’ve been receptive: send us a picture to make an avatar, remember you are competing with other two drivers -driver pride pain-, can you please check your email frequently, can you give the traveler a quote in the first response, would you rather say your name to the traveler than being anonymous, would you tell us how it went in your trip with Mr. Smith and family?

Thanks to them we’ve been able to understand the market, create features in our app, and most importantly, make a few travelers happy. They really try hard to impress them and be of help. And that is all we want.

All we have needed is some of their time and their understanding. We’ve had plenty of both, but also have received appreciation.

What would you think of a person that sends a hug on Valentine’s Day and congrats all the women in your family on Women’s Day?

We’ve been working with our drivers for a very short time so far, but yes, I’ll be glad to work with them all the time from now.